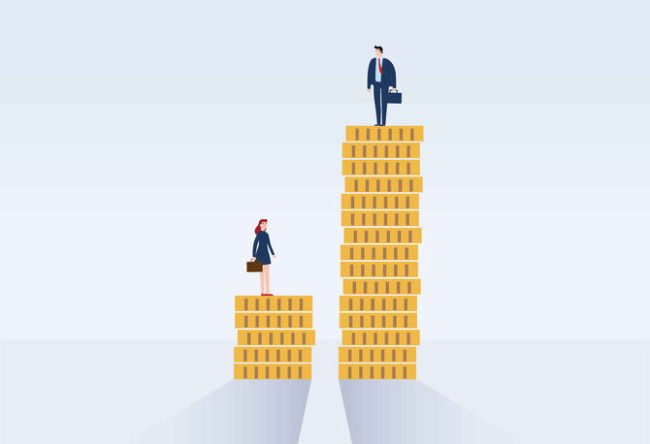 Show of hands: who’d like to receive less pay for performing the same functions as your colleagues? The Equal Pay Act seeks to combat this issue and permits wage disparity only in the most limited of circumstances. In a recent federal decision, the court addressed whether an employer’s computation of salary based on a strict formula violated the Act when it resulted in disparate payment of female and male employees.

In Rizo v. Yovino, the Ninth Circuit addressed whether an employer could rely on salary history as a defense to a wage disparity claim under the Equal Pay Act. When hired, Rizo’s employer calculated her salary based on a 5% raise from the salary she earned at her previous employer. This was the employer’s standard procedure. But, Rizo soon learned that her compensation was lower than her male colleagues due to this pay system formula.

The Ninth Circuit joined other federal circuit courts and narrowly interpreted the Equal Pay Act’s catchall exception. Specifically, it ruled that wage disparities based on “any other factor other than sex” is limited to legitimate, job-related factors such as prospective employee’s experience, educational background, ability, or prior job performance. Accordingly, the court determined that salary history does not fall into any of those categories.

Banning salary history as a factor for determining compensation has also been trending in the last few years across the U.S. at the state (e.g. California, Delaware, Massachusetts) and city levels (e.g. New York City, Philadelphia, New Orleans). This is in light of the theory that wage disparities among men and women will be perpetuated if an employee’s salary history is a determining factor to that individual’s future salary.

Employers that collect data on applicant’s salary history and/or employ salary history as a factor for determining compensation are well advised to evaluate their hiring practices in light of these emerging laws and court cases.