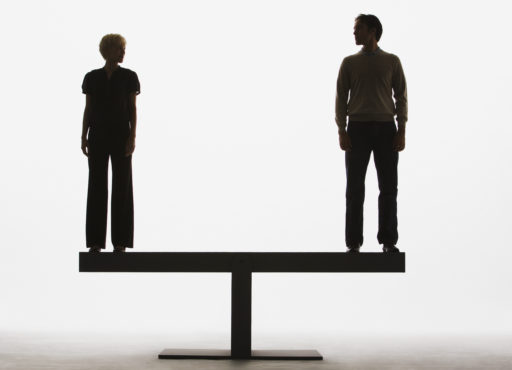 In less than 18 months of employment, Evangeline Parker received six promotions.  Then rumors circulated that Parker’s precipitous rise through the ranks “must” have been because she was sleeping with her boss.  When Parker complained about the rumors and confronted the employee who allegedly started the rumors, she was terminated.  Reversing the district court’s dismissal of the lawsuit, the Fourth Circuit Court of Appeals, in Parker v. Reema Consulting Services, held that such rumors could form the basis of a sexual harassment claim in violation of Title VII.

In December 2014, Parker was hired as an inventory control clerk at the Reema Consulting Services facility in Sterling, Virginia.  Parker was then promoted to supervisory and specialist positions, culminating in her final promotion to assistant operations manager in March 2016.  After this final promotion, a male co-employee, who was hired at the same time and in the same position as Parker but had not been similarly promoted, started a rumor that Parker was promoted because she was having an affair with a married male manager. As a result of the rumor mill, Parker was treated with open hostility from the other employees, including those employees she directly supervised.

Parker complained to the Program Manager about the mistreatment resulting from the rumor.  The Program Manager told Parker that he blamed her for the disruption in the workplace caused by this rumor.  In addition, the employee who allegedly started the rumor filed a complaint against Parker, claiming that she was harassing him. Parker denied any harassment.

Ultimately, Parker was called into a meeting with the Program Manager and human resources during which she received two written warnings: (1) for her alleged harassment of the rumormonger; and (2) for insubordination towards Program Manager in her complaints about her treatment based on the rumor.  Next, Parker was terminated, her tenure as assistant operations manager lasting only two months.  No one was else was disciplined.

Parker filed a lawsuit against her former employer, asserting a claim for sexual harassment/hostile work environment.  The USDC for the Eastern District of Virginia dismissed the lawsuit, finding that the harassment was not based on Parker’s sex (which would violate Title VII), but was based on her alleged conduct (which is not protected under Title VII).

The Fourth Circuit Court of Appeals reversed, finding that Parker had sufficiently alleged a claim under Title VII.  Specifically, the court found that Parker’s harassment was based on gender because gossip which links a woman’s advancement not to her merit but to her sexual exploits promulgates base stereotypes about women.  The court reasoned:

The Court also found that the harassment was actionable because the Program Manager participated in the circulation of the rumor and then acted on it by disciplining and then firing Parker.

The takeaway: gossip and rumors are detrimental to any workforce.  Not only do they lower morale and inhibit productivity, but they can also lead to liability for the employer. Employers should consider discouraging gossip and should take steps to dispel harmful rumors and counsel rumormongers.