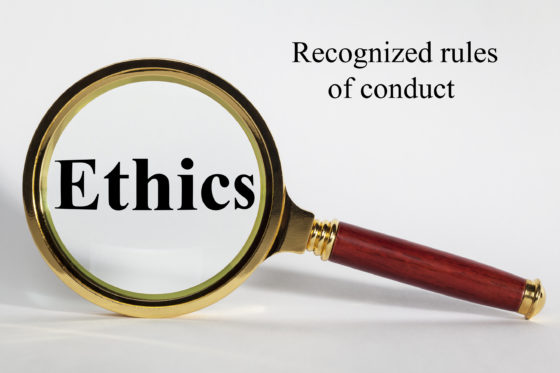 Attorneys referring cases amongst each other is as old as the practice itself, with referral fees embedded in state and model ethical rules. Whether a conflict exists or the attorney who receives the case is not adept at handling that type of matter, a referral can be a way for attorneys to be rewarded for successful marketing while ensuring proper client representation. However, when a firm appears to focus solely on marketing, and not on the legal matters advertised, significant ethical concerns arise.

The issue of abusing the referral process arose in a battle between two personal injury giants over advertising tactics used to solicit clients. One of the claims lodged in the case was that Firm A was advertising on television that it handled workers’ compensation matters for clients across several states. However, the suit alleges that Firm A in fact referred out all of these cases to a few local firms who specialized in that area of the law. Clients who would call with such matters would thus be immediately sent to other firms who would handle the case in its entirety in exchange for a referral fee.

While the court ultimately dismissed the legal claims based on this practice, it did not do so without first chastising the firm involved and hinting that a disciplinary action was appropriate. The court commented that Firm A had “essentially rented out its name” and that the case was only dismissed because the rival firm could not show a specific plaintiff who had been deceived by the advertisement. The court then noted that the state attorney disciplinary board is the most effective way for handling claims such as this, suggesting that an ethical violation may have occurred and warranted investigation.

This case is a reminder for large plaintiffs’ firms that advertise regularly in both print and on television to carefully review what representations they make. Notably, the court here did not find any issue with the regular referral of workers’ compensation cases. Where the issue arose was the explicit and affirmative attempts to solicit those types of matters with the knowledge that none would be handled by the firm. By contrast, the court held that once the firm hired a part-time attorney to handle just five of the workers’ compensation matters each month, the problem was resolved. Meeting this minimum level of retention should therefore be considered if a firm has made a regular practice of soliciting then referring out any particular types of matters.