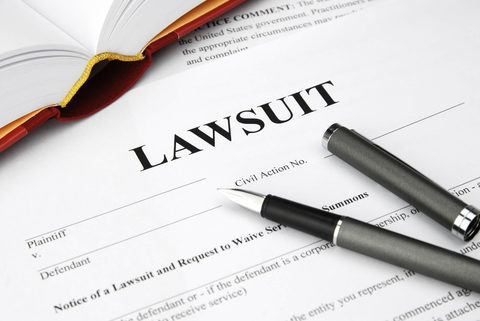 It is no secret that parties more often settle than proceed through trial. While courts roundly applaud this as beneficial to both the system and litigants, it sometimes generates second guessing from the clients. As Larry David put it, “a good compromise is when both parties are dissatisfied.” It is therefore no surprise that many legal malpractice claims follow from settlements, despite the general principle that the settlement itself precludes such a suit. In a recent decision from the New Jersey Appellate Division, the court’s discussion of when this principle applies does little to pacify concerns of attorneys that their clients will settle and sue. Even well documented settlement agreements, and testimony reflecting a voluntary resolution, still can be undone via a malpractice complaint.

The underlying personal injury matter settled prior to jury selection for $60,000. In the malpractice complaint, the plaintiff alleged that on the eve of trial, he was informed he would have to pay over $25,000 to secure expert testimony, and that his attorney generally failed to appreciate the severity of his claims. During the judge’s colloquy concerning the settlement the plaintiff expressed concerns of paying his medical bills and wanting to avoid “any hassle later on.” Nevertheless, the plaintiff testified that he accepted the settlement.

On appeal, the Appellate Division ruled that the malpractice matter could proceed despite this statement. The court began by reviewing Ziegelheim v. Apollo, a case in which the Supreme Court allowed a malpractice matter to go to trial despite the plaintiff having testified that she understood the agreement, thought it was fair, and entered into it voluntarily. The Supreme Court found that an expert report stating she could have received more, and the possibility her attorney’s failure to discover marital assets affected settlement, warranted the case proceeding to trial.

The court then turned to Newell v. Hudson, in which the plaintiff similarly said on the record that she voluntarily entered the settlement, that it was a “fair deal,” and that it was discussed carefully with her attorney “at great length.” Unlike in Ziegelheim, the Newell Court held that these statements were sufficient to preclude the plaintiff from bringing a subsequent malpractice action.

The court finished by comparing the facts of Puder v. Buechel to those in Guido v. Duane Morris LLP, the former of which ended in preclusion for a plaintiff who stated on the record that the settlement was both “fair” and “acceptable.” Unlike in Puder, the plaintiff’s claim in Guido was allowed to move forward because his statement that he “understood” the terms of the settlement was insufficient to preclude a malpractice claim.

The Appellate Division found the case at hand to be more like Guido in that the plaintiff did not testify that she was “satisfied” or that it was “fair and adequate.” As the court felt there were unanswered questions about when the advance expert payment was disclosed, the malpractice claim was allowed to proceed to discovery.

The court’s emphasis on a plaintiff’s subjective view of “satisfaction” and “fairness” despite being unconcerned with overall “fairness” in Ziegelheim makes it unlikely that any colloquy is an impenetrable wall for malpractice. Nevertheless, attorneys should ensure that any settlement agreement or statement on the record includes an extensive list of the above phrases in order to best protect themselves from the dissatisfied client.